The following phrases and terms are commonly associated with discussions about SCR [Selective Catalytic Reduction] and DEF [Diesel Exhaust Fluid]. This glossary of SCR Terms and phrases is for your reference.

Fuel other than petroleum diesel or gasoline.

Serves as the catalyst in the SCR process, chemically converting the diesel exhaust fluid /exhaust stream mixture into nitrogen and water vapor before it exits the tailpipe.

Enacted by Congress in 1975, the Corporate Average Fuel Economy (CAFE) program mandates that all manufacturers marketing vehicles in the United States meet average fuel economy requirements for each class of vehicles they sell. Each manufacturer's fleet must average 27.5 mpg for cars and 20.7 mpg for light trucks. Manufacturers are subject to a fine of $55 per truck when the average fuel economy of their fleet falls short of the CAFE light-truck standard by one mile per gallon.

Carbon dioxide is a colorless, odorless gas produced by, among other methods, the combustion of petroleum-based fuels in vehicles. Carbon dioxide, while necessary for all life, is also a "greenhouse gas" and in high concentrations contributes to increasing global temperatures.

A substance which influences the rate of a chemical reaction but is not one of the original reactants or final products, i.e. it is not consumed or altered in the reaction. Catalysts are used in many processes in the chemical and petroleum industries. Emission control catalysts are used to promote reactions that change exhaust pollutants from internal combustion engines into harmless substances.

One of the key elements of the SCR process. It is a nontoxic solution of 67.5% purified water and 32.5% urea. When injected into hot exhaust as a fine mist and passed over a catalyst, Diesel Exhaust Fluid helps convert NOx into nitrogen gas and water vapor. Diesel Exhaust Fluid is stable, colorless and odorless, and meets accepted international standards for purity and composition.

A device which physically captures diesel particulates preventing their discharge from the tailpipe. Collected particulates need to be removed from the filter, usually by continuous or periodic oxidation in a process called "regeneration."

Regulatory standards that govern the amount of given substance that can be discharged into the air.

The gases present in the atmosphere which reduce the loss of heat into space and therefore contribute to global temperatures through the greenhouse effect.

Several air-polluting gases composed of nitrogen and oxygen which play an important role in the formation of photochemical smog. Nitrogen oxides are collectively referred to as "NOx", where "x" represents a changing proportion of oxygen to nitrogen. Internal combustion engines are significant contributors to the worldwide nitrogen oxide emissions. For the purpose of emission regulations, NOx is composed of colorless nitric oxide (NO), and the reddish-brown, very toxic and reactive nitrogen dioxide (NO2).

The industry's brand name manufacturers. The OEM definition in the automobile industry constitutes a federally-licensed entity required to warrant and/or guarantee their products.

A system on board of the vehicle that monitors emission control components and alerts the driver (e.g., by a dashboard light) if malfunctions or emission deterioration occurs. The OBD system involves a number of sensors and a data processor, which is typically integrated with the vehicle's electronic management system.

A process involving continuous or periodic oxidation that flushes and cleans a filtration medium.

SCR is one of the most cost-effective and fuel efficient emissions control technologies capable of reducing vehicle emissions to near-zero levels. SCR works by injecting a diesel exhaust fluid, usually automotive grade urea, in precisely timed intervals into the exhaust stream of the engine. The Diesel Exhaust Fluid/exhaust stream mixture is met with a catalyst that separates the exhaust into nitrogen and water vapor as it exits the tailpipe; two harmless compounds we breathe every day. 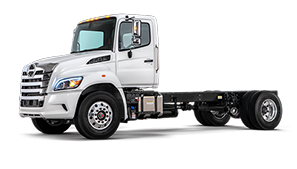 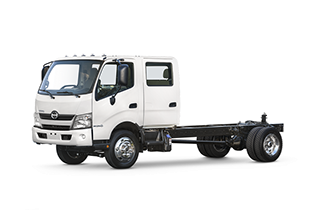