“It’s amazing what our team has been able to accomplish in a relative short period of time. I know our customers are going to be extremely impressed with this fuel cell electric truck,” said Glenn Ellis, Senior Vice President Customer Experience, Hino Trucks.

“We are looking forward to validating the performance, reliability and efficiency of our hydrogen fuel cell electric system in the XL Series chassis,” continued Glenn Ellis.

“From our Project Z announcement last October, we have received significant interest from customers, and now we have something tangible to show them in our prototype FCEV” stated Bob Petz, Senior Vice President of Vehicle and Parts Sales, Hino Trucks.

Commercial customers who are interested in learning more about the hydrogen fuel cell electric Hino XL8 will get a chance to see it in person at this year’s ACT Expo in Long Beach, CA from August 31st and September 1st.

Hino Trucks, a Toyota Group Company, manufactures, sells, and services a lineup of Class 4-8 commercial trucks in the United States. Hino Trucks is the premier heavy & medium duty nameplate in the United States with a product lineup that offers fully connected vehicles with low total cost of ownership, superior fuel economy, unmatched reliability and maneuverability and the most comprehensive bundle of standard features in the market. Headquartered in Novi, Michigan, Hino has a network of over 230 dealers nationwide committed to achieving excellence in provide customers the ultimate ownership experience. Learn more about Hino Trucks at www.hino.com or follow us on Facebook, LinkedIn, Twitter and YouTube 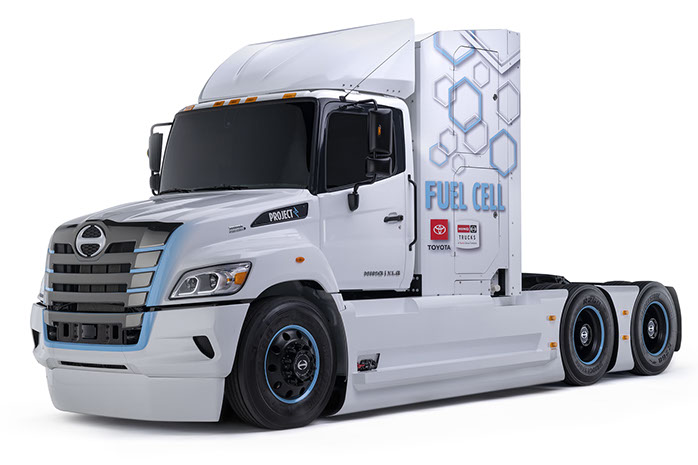